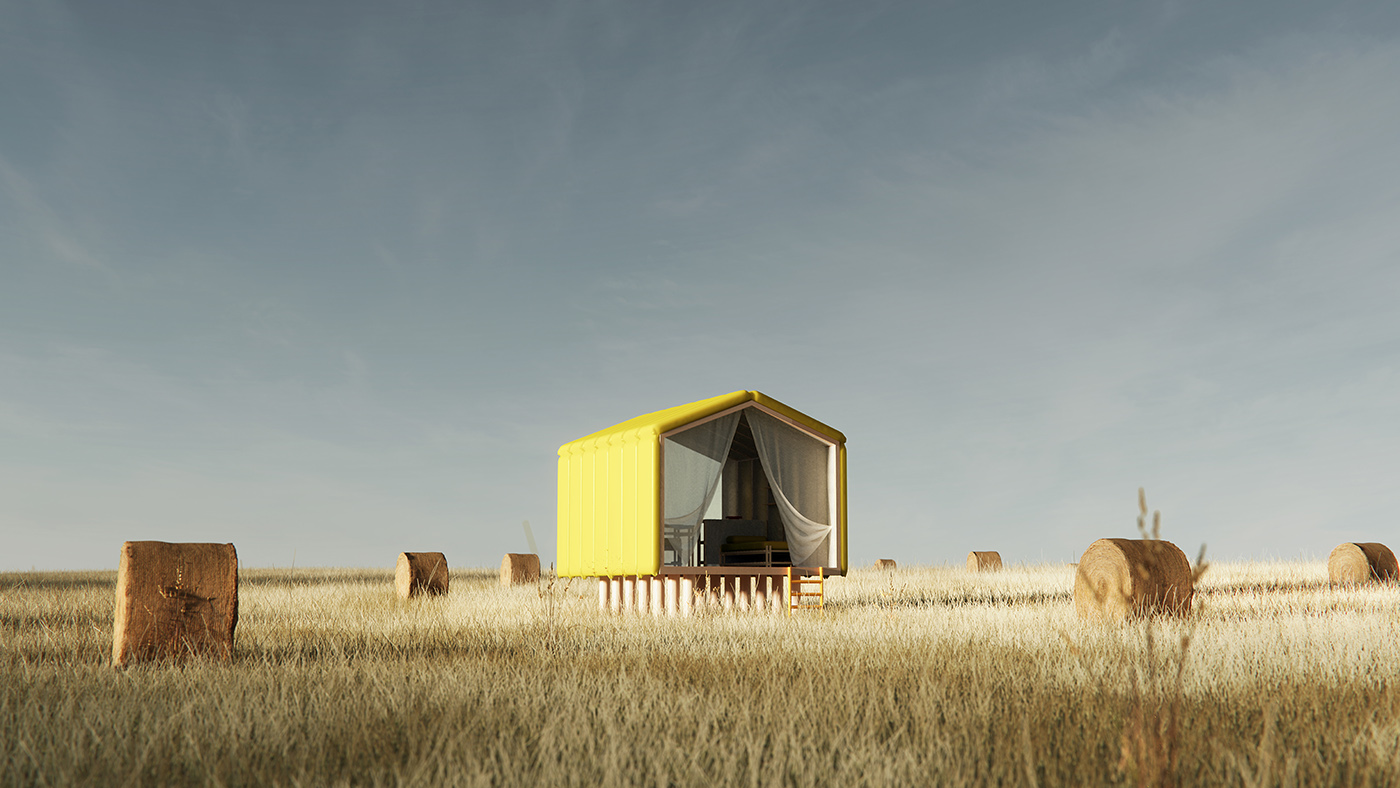 Works of micro-architecture to respond to basic needs and new aspirations, towards a more restrained, well-balanced society. “When we free ourselves of superfluous things, we can concentrate on the essentials and invent new forms of habitation, in tune with other potential lifestyles, as individuals and as communities,” says Géraldine Dabrigeon, curator of Site Le Corbusier, which has organized the exhibition “Le Champ des Possibles. Micro-architectures à expérimenter,” until 15 January 2023 at Église Saint-Pierre, the famous church designed by Le Corbusier at Firminy-Vert (1973). Six works of micro-architecture by Döppel Studio interpret the famous Cabanon at Roquebrune-Cap-Martin in relation to new vital needs connected with minimum space and the demands of the contemporary world, calling for greater economic fairness, environmental awareness, inclusion and coexistence with each other and with other species.

The Cabanon at Roquebrune-Cap-Martin

Le Corbusier was 64 years old when he designed the Cabanon. Though apparently invented in just 45 minutes, it was actually the summary of over 40 years of research on minimum spaces and the Modulor, the scale of proportions developed by the architect based on human measurements. The idea of the Cabanon took form in 1951, when Le Corbusier’s friend Thomas Rebutato gifted him a part of his land, to enable him to build “his ideal castle.” In exchange, the architect designed five “camping units.” The cabin was then built at Ajaccio in Corsica by the company of Charles Barberis, for reassembly at Roquebrune-Cap-Martin. The interior of the Cabanon corresponds to a spiral structure that divides the room into four parts: a dining area and workspace, a nighttime zone, a washing area and a small storage space. In 1954, a few meters away, a prefabricated cabin was added as a studio. In 1962, Le Corbusier said: “I so enjoy living in my cabin that I will probably end up dying here.” 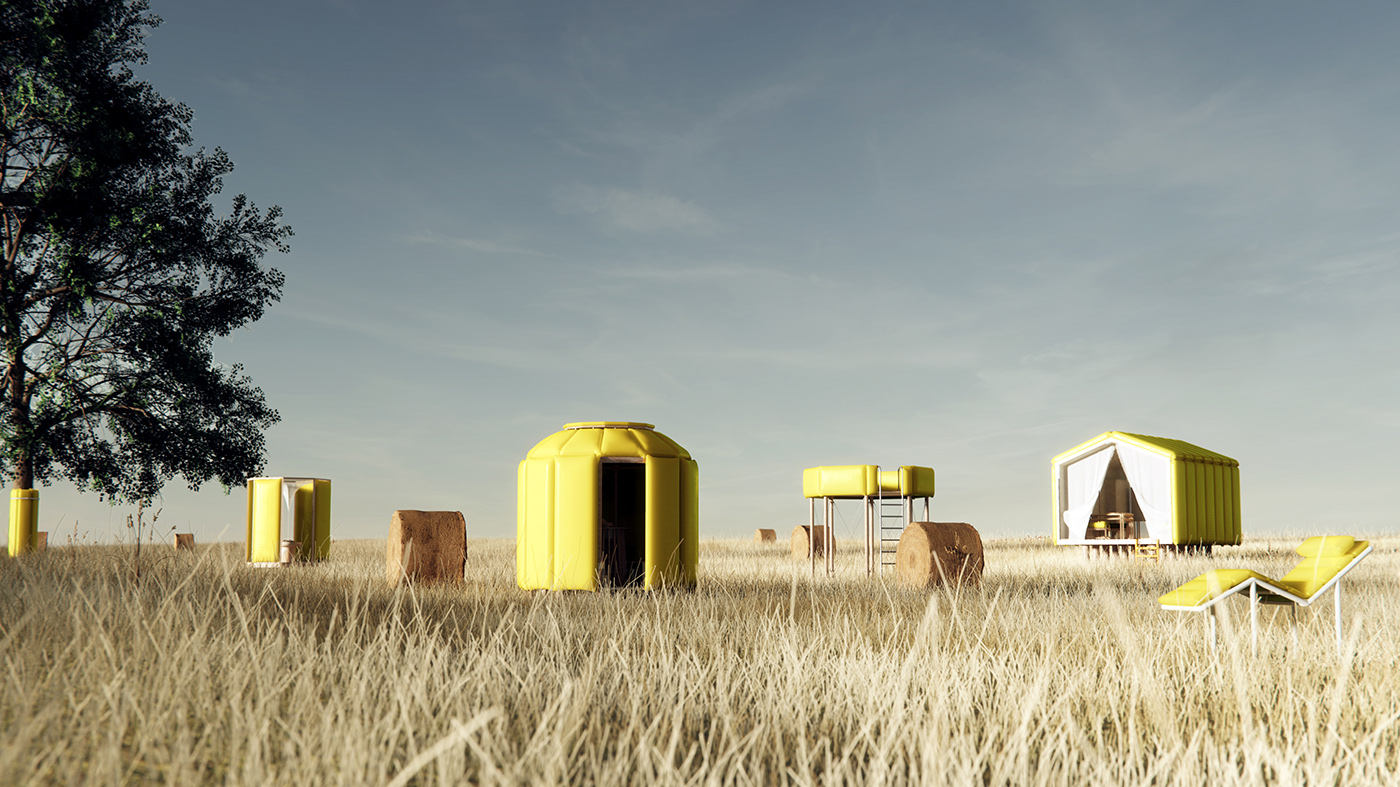 The exhibition “Le Champ des Possibles. Micro-architectures à expérimenter” presents six works of architecture on a small scale inspired by the Cabanon of Le Corbusier, created by Döppel Studio based in Paris, winner of the competition organized by Site Le Corbusier for the 12th Biennale Internationale Design Saint-Étienne. “After Covid and the lockdowns,” says Lionel Dinis-Salazar, co-founder of Döppel Studio with Jonathan Omar, “we have learned to challenge the idea of an inhabitable lodging, its area and its functions. With this series of projects, we have raised the questions: what do we need to live? How much space is necessary? The isolation made us look outward, not inward. Like the Cabanon, our space is envisioned for outdoor living: a summer habitat that encourages contact with nature and the idea of a personal refuge. The project is a starting point to understand and analyze the environment and the history of the place, to construct spaces in line with the location.” 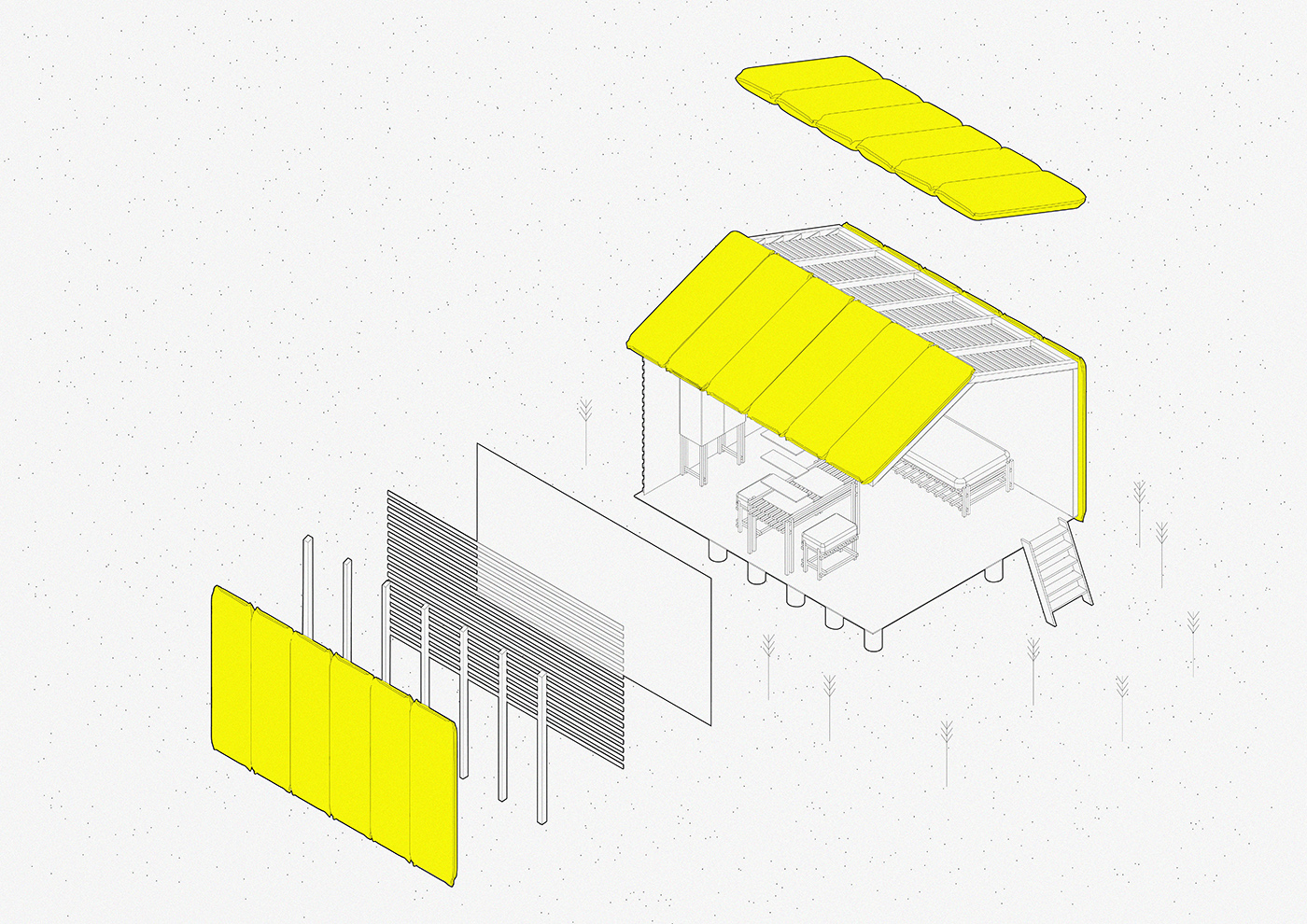 Micro-architecture no.1: a temporary and seasonal dwelling for a nomadic life in the open air. Designed to respond to needs of shelter, rest and work

D      Let’s talk about the meaning of "minimum space." Inside it, each prototype conveys a concept of function, and an activity of the user. How have you interpreted this aspect?

R      “In the notion of minimum space there are various sources that interest us,” Dinis-Salazar continues. “Nomadic spaces like huts or teepees, built by different cultures in different time periods, for individual but also convivial use. But also more recent cases of minimal homes, which attempt to overturn the idea of the large American homes with an area of 300 sqm. We started with floor space of less than 20 sqm, which enabled us to work around the French regulations for the granting of building permits. Our six works of micro-architecture are a combination of spaces, and they work together with different functions to offer a temporary tenant a return to the roots, a shelter in which to reconnect body and mind, values expressed by Le Corbusier. The units are all linked by the color yellow, suggesting traditional thatched roofs.” 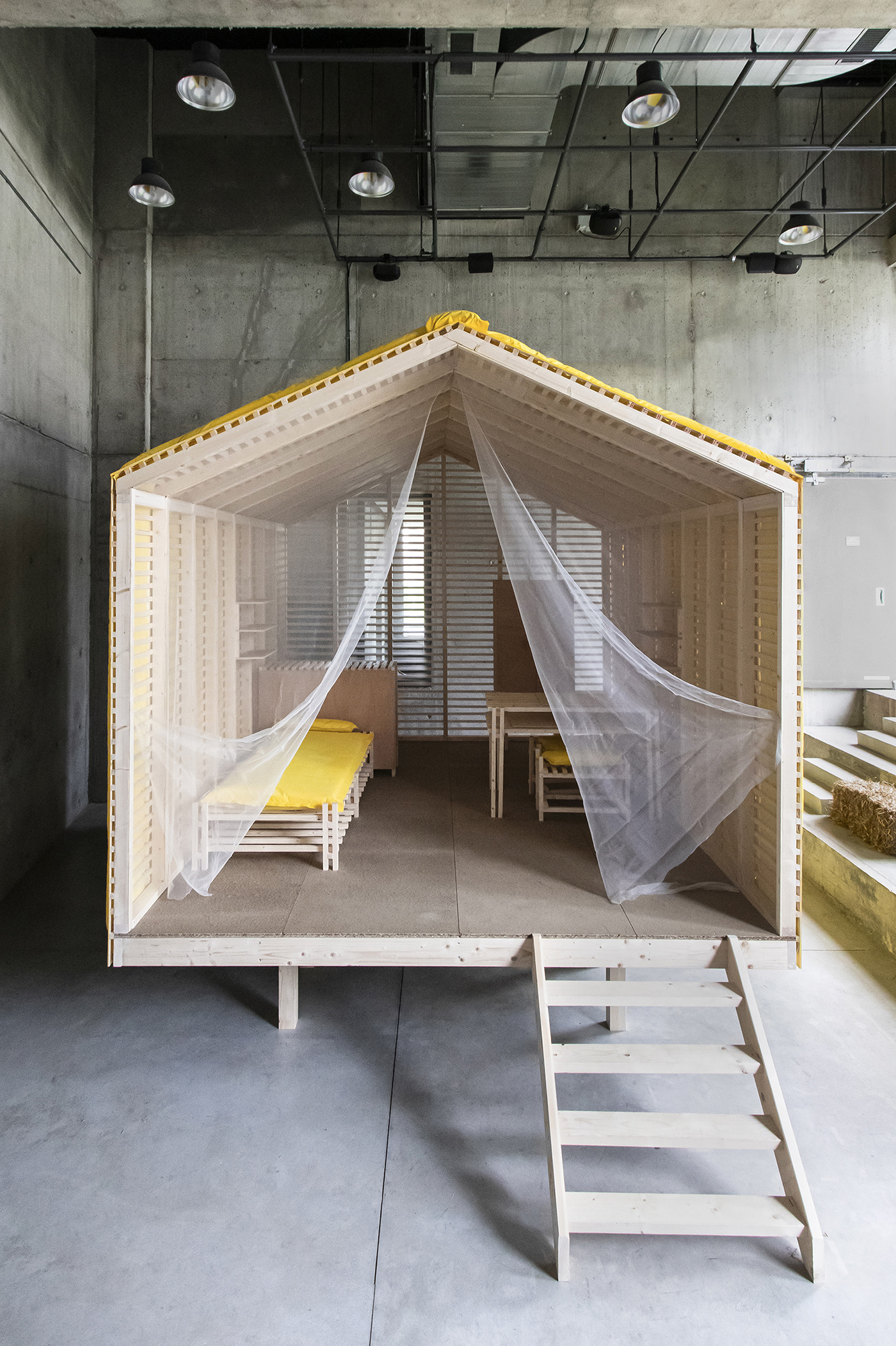 Q      What relationship do the micro-works have with the site? And what are the factors of sustainability?


R      “As for Le Corbusier, the objective was not to design architecture to insert in a place, but to incorporate the place inside the architecture. We chose the image of rural lands in France for the message it conveys. The core of the design is straw, agricultural waste, fields after the harvest: spaces that exploit the seasons, the climate and what the environment produces. The context is therefore the basis of the project. Had we made it in Landes, the starting point would have been the artificial pine groves that were used to produce rosin in the 19th century.

The prototypes, now simply exhibits, are made in wood, agricultural tarps and filler. The wooden structure can be made directly during the construction phase, while the filler has to be produced elsewhere, to make it perfectly waterproof and resistant to extreme conditions. We are thinking about developing micro-architecture to implant in outdoor contexts, thus with more resistant infill and formats that are freer in terms of both height and area.”