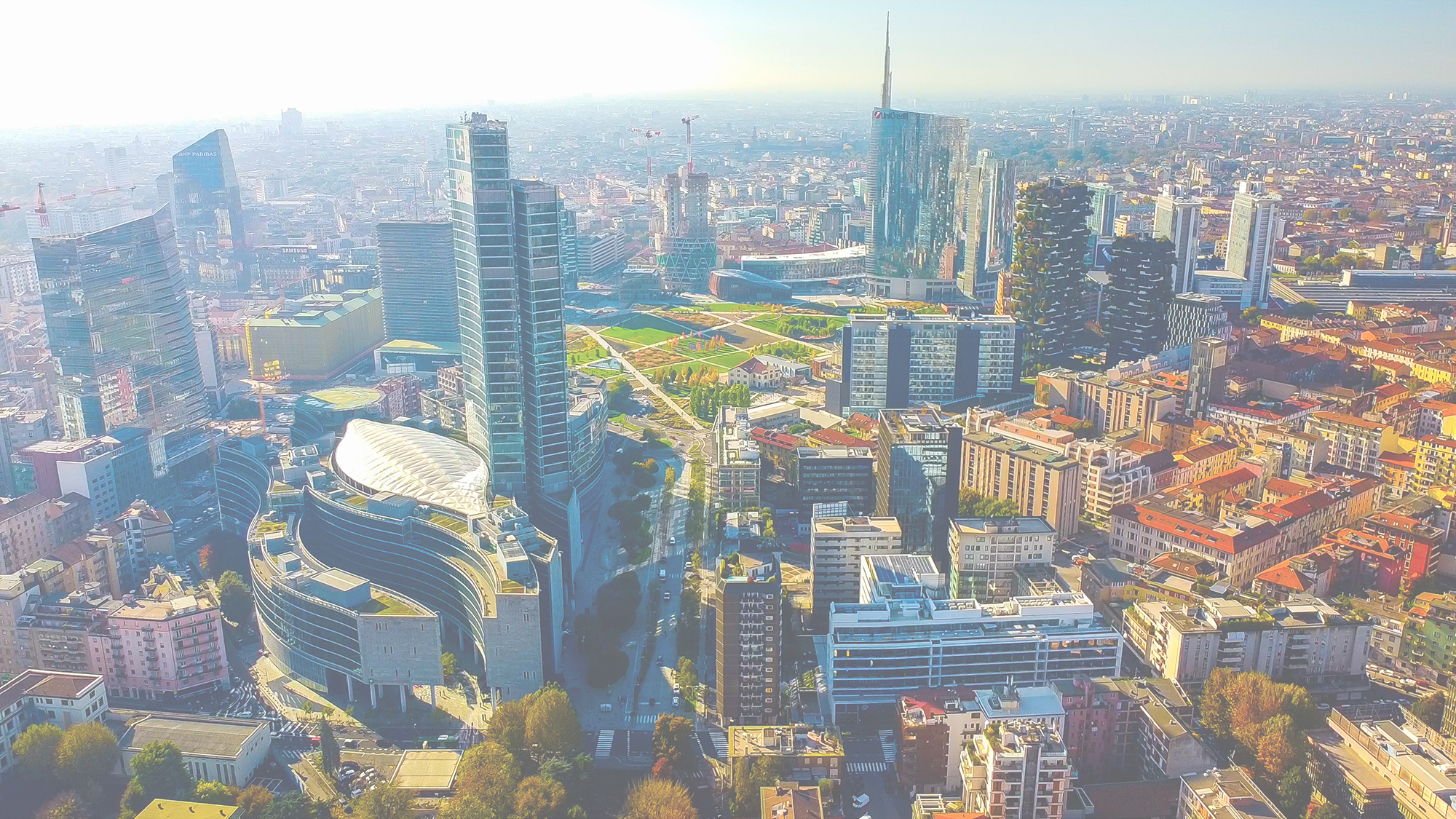 Nearness: a new growth model / Milan
The 15-minute city proposed for Paris by the mayor Anne Hidalgo has revolutionized the idea of urban growth. And the concept of proximity has become pervasive and strategic in many sectors, also for workspaces

During the spring, last year, the mayor of Paris, Anne Hidalgo, made the idea of the 15-minute city one of the key points for her re-election. Since then, many international cities have inserted the theme of proximity into their growth strategies. One of them is Milan, which is working on the rebound and the transformation of the Lombard capital, also with initiatives on workspaces. Also, this change has an impact on many other sectors, from real estate development to big retail.

I Where did the idea of the
15-minute city come from?

The 15-minute city is a project of sustainable mobility launched by Carlos Moreno, a Franco-Colombian scientist with a passion for innovation. The concept was picked up by the mayor of Paris Anne Hidalgo, in her election campaign in spring 2020.
As Carlos Moreno explained during a TED Talk: “In cities our sense of time is warped, because we have to waste so much of it just adapting to the organization and long distances. (...) I would like to offer a concept of cities [which] is called] the 15-minute city. In a nutshell, the idea is that cities should be designed or redesigned so that within the distance of a 15-minute walk or bike ride, people should be able to live the essence of what constitutes the urban experience –to access work, housing, food, health, education, culture and leisure.” 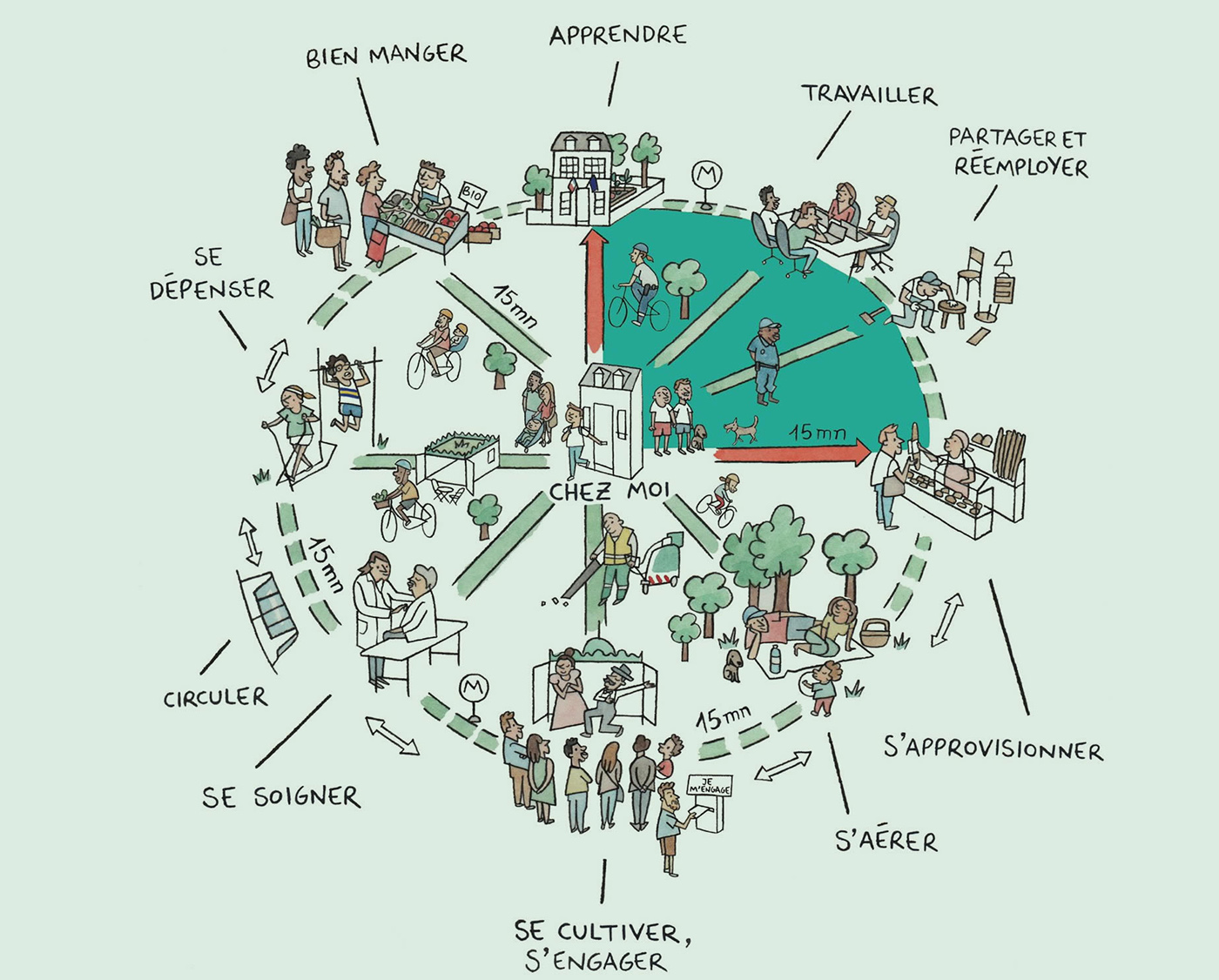 The Lombard city immediately responded to the challenge of the French capital and its mayor, and, in an open call for contributions it inserted the theme of proximity as a strategic factor. The document states: “More generally, we need a (re)organization of the city's schedule, now that Milan will be changing rhythms.  (…) It is important to rediscover the neighborhood dimension (the city within a walking distance of 15 minutes), making sure that every citizen has access to almost all services within that distance.” From the introduction of flexible work for municipal personnel and affiliates to the use of coworking spaces in the city, including schedules that include quotas of “near working,” meaning the possibility of performing professional activities in a location close to the worker’s place of residence.

These are the main new perspectives introduced in the guidelines for reduction of traffic congestion and desynchronization of work hours, approved by the municipal administration last February in order to achieve better organization of the timing of the city.
The guidelines call for two main areas of intervention, implemented on an experimental basis by the city of Milan and its affiliates over the next few months, starting with the application of the POLA (Piano Organizzativo del Lavoro Agile – Agile Work Organization Plan). The plan calls for consolidation of flexible work as a complement to employment involving physical presence. This is flanked by experimentation on new flexible scheduling of entries and exits from the workplace, as well as new technological and digital outfitting of personnel. This transformation will also involve radical rethinking of physical workplaces. 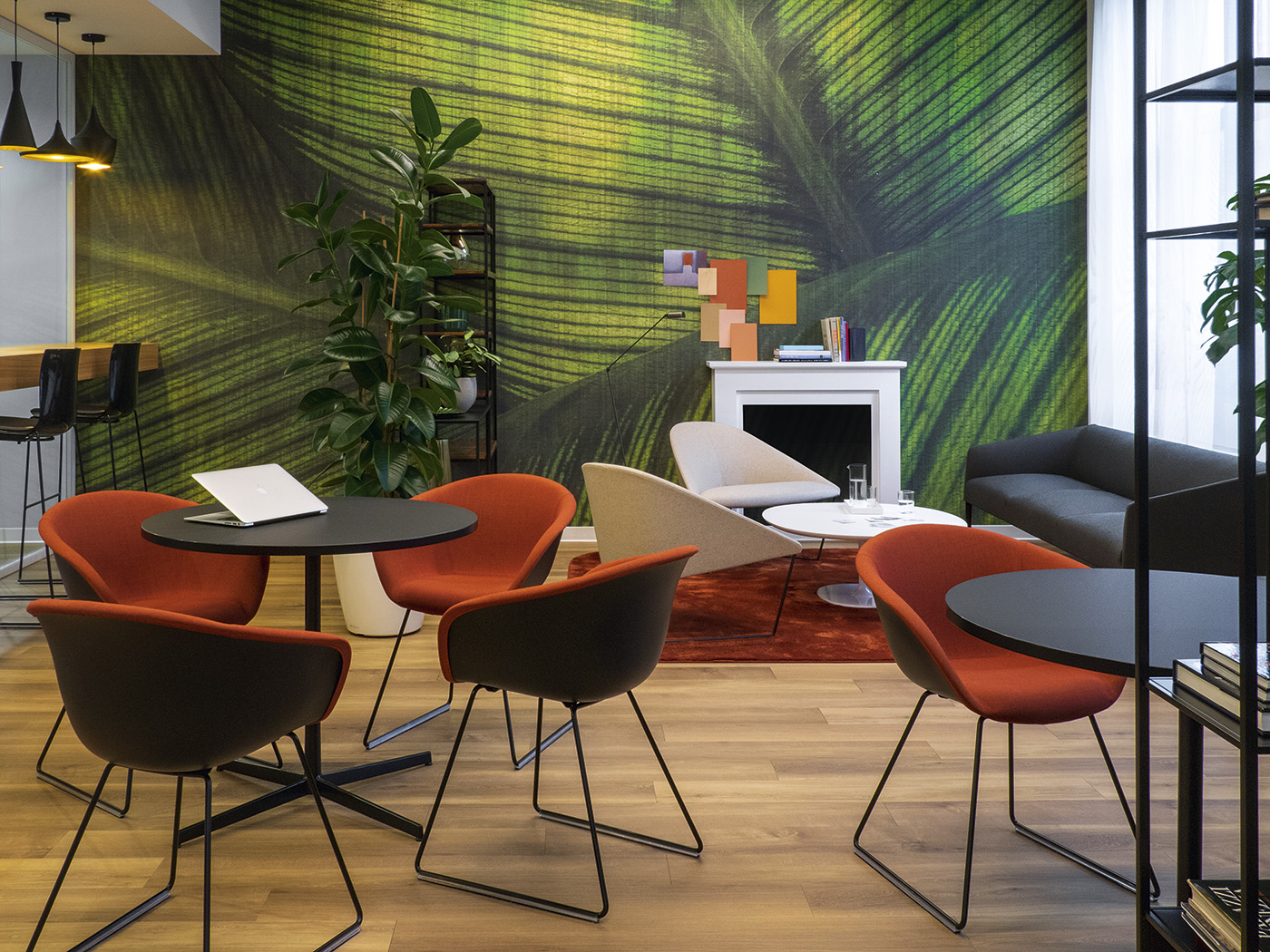 Milan is redesigning the spaces, times and modes of work. The kickoff came on 15 March, with live streaming of “Working close to home - Coworking and Near Working for the 15-minute city,” an encounter organized and produced by the City of Milan that brought together representatives of the institutions, universities, businesses and labor unions. During the session, the speakers shared the results and themes that have emerged from three studies commissioned by the municipality to explore the spread of coworking facilities in the city, their evolution and how they can contribute to the construction of a new 15-minute city. In particular, the research conducted by TRAILab - Università Cattolica del Sacro Cuore has analyzed the experiences of coworking spaces during the pandemic emergency, and the opinions of coworking managers regarding directions for future development.

The 87 interviews with managers of these spaces, out of a total of 127 such facilities in the city, revealed that 57% had lost clients during 2020, and 48% had to reduce the number of workstations. Nevertheless, some encouraging signals have emerged from the crisis: 35% of those interviewed reported the arrival of new clients, precisely from the neighborhood. So the clientele is changing: 37% reported an influx of privately employed individuals interested in activities of smart working in spaces outside their homes.

During the National Housing Day organized by the independent research institute Scenari Immobiliari in October 2020, a ranking of the livability of neighborhoods in Milan was carried out. The report shows that the areas of best service are those located between the center and the suburbs. In the case of Milan, they are the zones that exist between the two ring roads. For example, the area of Porta Vigentina-Porta Lodovica, in the southern part of the city, set between two large traffic arteries, is the district with the most services available at a range of 15 minutes, and hence the one that brings Milan closest to the model theorized by Moreno. Here, in close proximity, we find a residential zone, Bocconi University and many public and private healthcare facilities, which make this part of the city a neighborhood unit with a wealth of services. For the same reasons, the next zones in the ranking are Città Studi and Bicocca, located in the northeastern portion of the metropolis. Here the presence of schools and universities has favored the growth of the development of the area as a growing microcosm. A series of walking distance services has been generated thanks to the presence of students and young people, creating resources available for the rest of the local community, which uses them to limit the need for people to range beyond the confines of the neighborhood. The zones that instead require more tools and actions to become part of a “walking distance” Milan are those of its outskirts. As one gradually moves away from the center of Milan, the nerve center of the city, the presence of schools, sports and leisure facilities diminishes, reflecting a lack of the structures that seem to be a fundamental motor for the development of services, and for the growth of areas in an organic way. 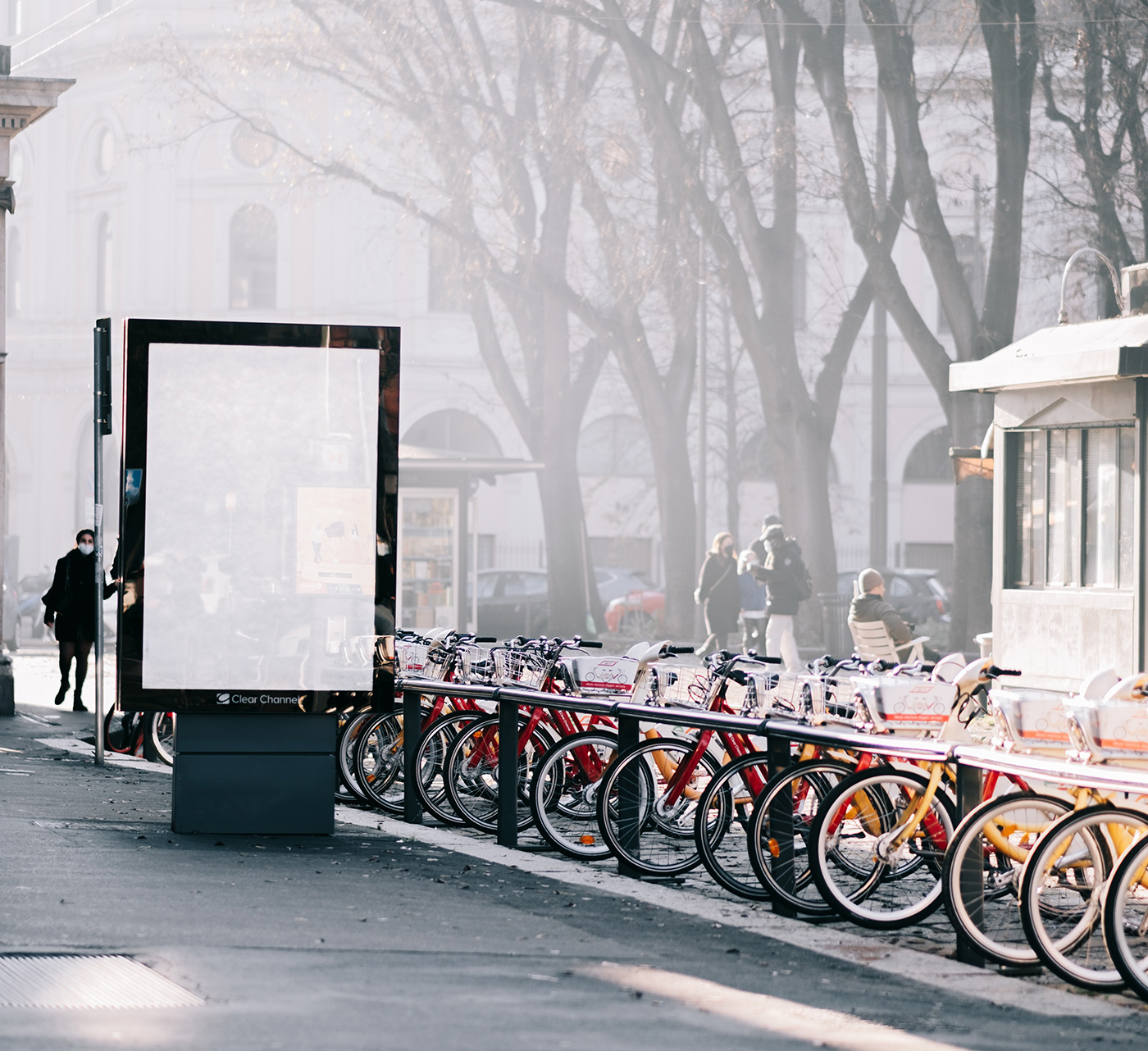 To maximize proximity, or to be there when, where and how customers want it, is undoubtedly a priority for retailers. This awareness has led to several experiments, starting with large-scale distribution, traditionally accustomed to neighborhood outlets, with a focus on the creation of different concepts with respect to the traditional local supermarket, whose value proposition was based on a limited assortment in line with the essential needs of the target zone. One example is laEsse by Esselunga, a neighborhood format that, in its largest version, includes a café with food services, an independent space for lockers and a selected assortment of products with a focus on fresh goods.

Mediaworld, on the other hand, opened its first Mediaworld Smart point-of-sale last June in Varese. About 100 square meters of display space, in which to concentrate selected references, with the possibility of directly ordering products not available at the site, or of picking up purchases made online. The store also offers assistance and consulting services, to respond to the technological needs of customers. The DIY giant Leroy Merlin has instead started from Brazil to launch a new proximity project, with the opening of the first Express. Here too, the leitmotif is a strategic assortment of products and services that respond to the demands of customers, ranging from everyday maintenance operations to the need for equipment in the home, including technical or emergency solutions during renovations or construction. The services are joined by the possibility of taking consignment of products ordered online at the store or at home, with four-hour delivery and installation service by request.

Vudafieri-Saverino Partners, PRR Architetti and Lorenzo Noè have worked with local residents, shopkeepers and territorial agencies to formulate a proposal of concrete renewal of urban streets, which change their timing and modes of utilization in the 15-minute city.
The project hypothesizes the transformation of Via Melzo in Milan into an area with a speed limit of 30 km/h. In the project, the street – which remains a one-way thoroughfare – has been narrowed, reducing the space for parked cars to permit widening of the sidewalk on both sides, through the use of parklets. The route thus loses its linear character and becomes a pathway with inlets, recesses and wider portions, useful not only to boost the space available for cafés and restaurants, but also to reduce the speed of motor vehicles. The narrower street is shared by cars and bicycles, while the large sidewalks are for pedestrians, as well as areas with urban furnishings and greenery, making the street an ideal place for spending time and socializing.

In itinere: comfort and urbanity
Spaces That Care 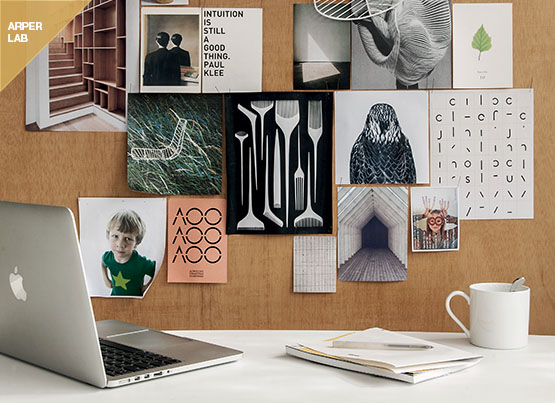 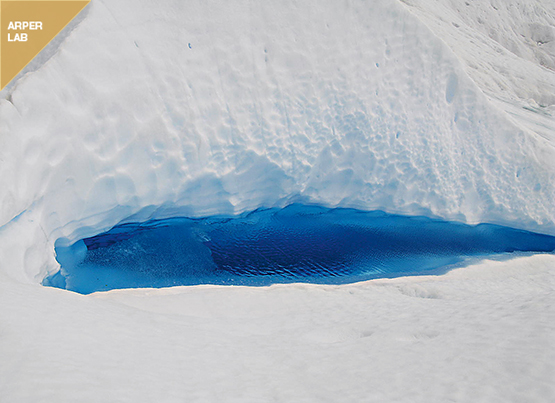 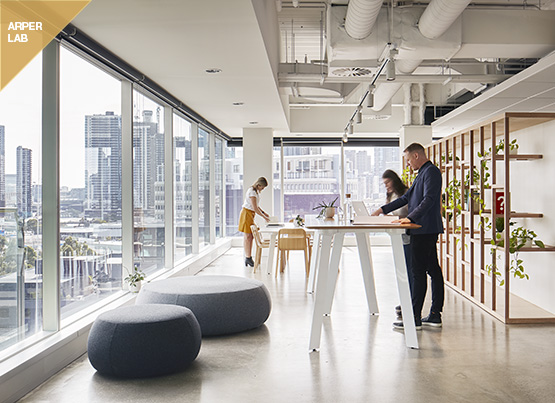 Work: what we have learned from the pandemic 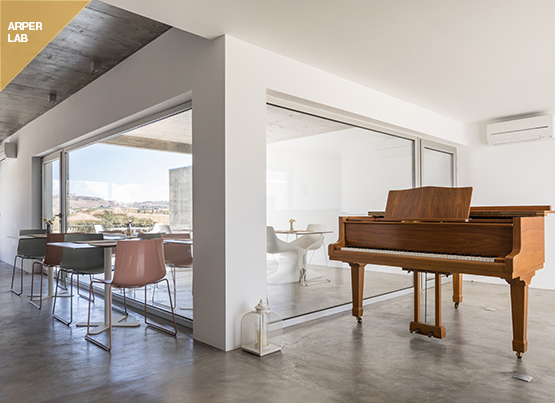 Staycation and lifestyle How hotels are changing 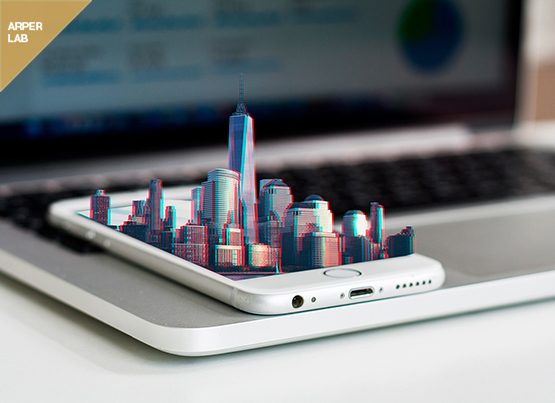