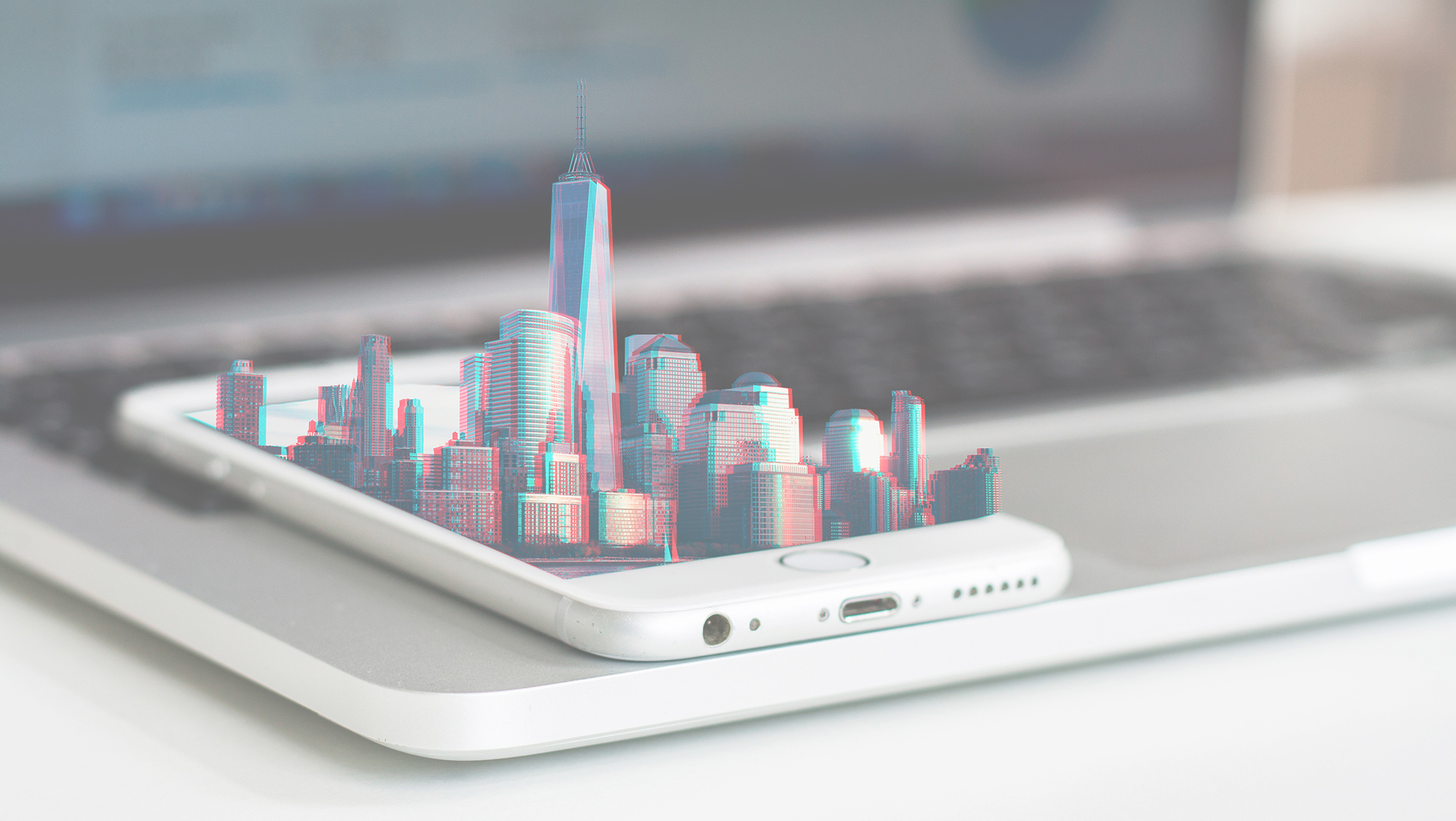 The next normal office
Which reasons will be able to get us back into offices? How will workspaces change? In short, the themes and trends of the near future, as they emerged in two days of talks organized by NeoCon.

What will be the reasons that draw us back into the office? How will workspaces change? In the near future, the opportunity to collaborate in person will put the workplace at the center of a new ecosystem. The office will be the central focus of networking, training and relations, in both the physical and digital dimensions. It will be necessary to rethink spaces and services. New models will emerge: from the “Hub & Spoke” model involving affiliated satellites, to the centralized office; from 100% remote modes, to hybrid, distributed labor. Scenarios that also open up new digital devices and software for the design and management of spaces and working processes.

These were the themes approached in two days of online conferences organized by NeoCon, the most important international fair for the world of the office, awaiting confirmation as a physical event on 4-6 October in Chicago. With remarks by representatives of Adobe, Gensler, HOK Architects, IA Interior Architects and WGSN. 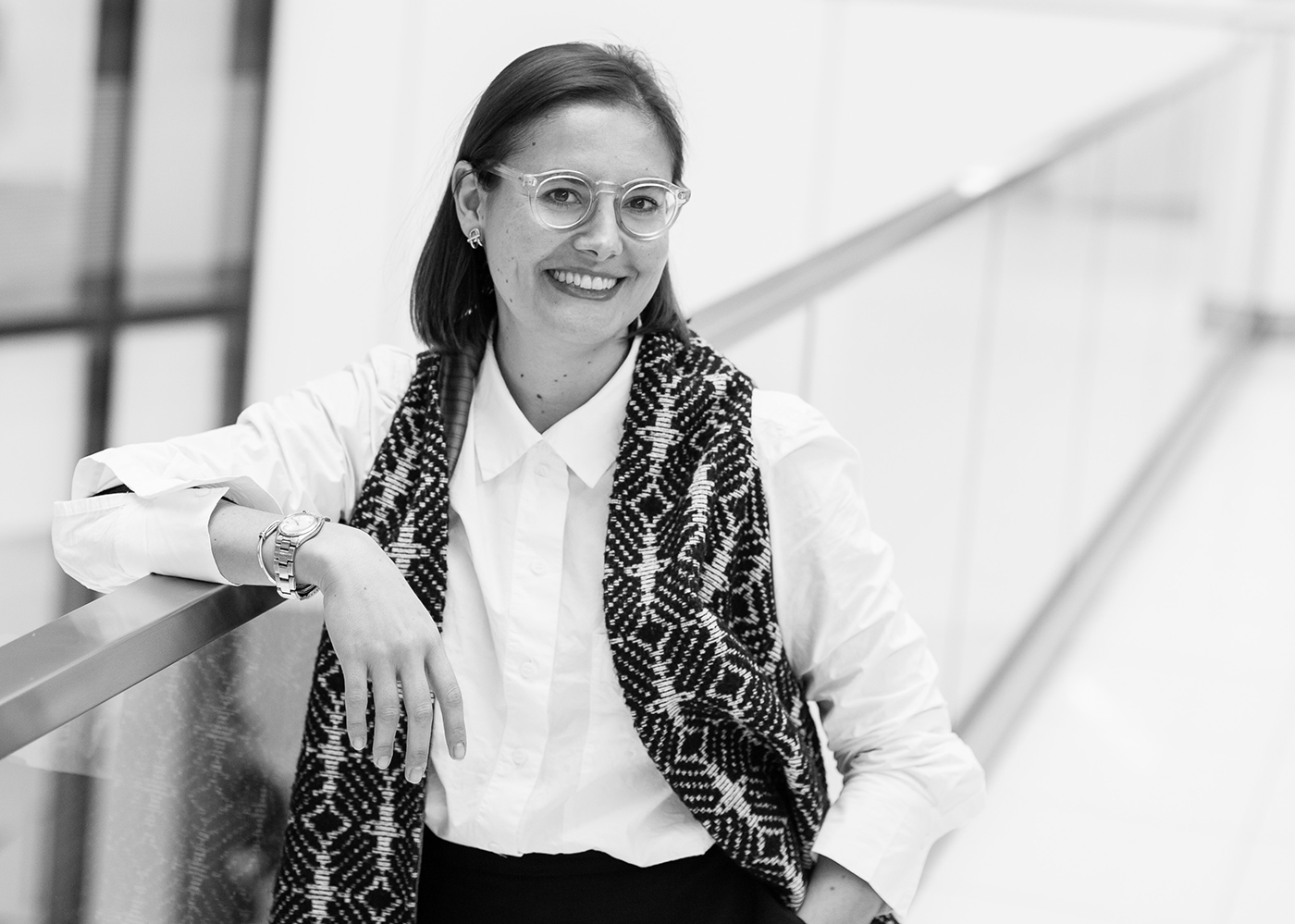 The expert on interior design trends Gemma Riberti emphasizes that there will be a gradual return to the office not for one’s own work situation, but for the new dynamics of collaboration happening inside the facility. The physical nature of the place will still be very important. But it will have a new visage, first of all because it will be responding to a generational change: in 15 years, the so-called Millennials will account for 40% of the workforce, while Gen Z, the digital generation, will triple in number. Furthermore, the workplace will be based on other values: sustainability, the sharing economy, the social community, and light mobility. Corporate headquarters will still be central infrastructures, but they will go through a process of “downsizing,” as a recent research project by McKinsey indicates, leading to a drop in demand for central office spaces of 15-17%. At the same time, more peripheral workplaces should expand, contributing to sustainably regenerate certain urban areas, as in the cases of the eco-district Clichy-Batignolles at the gates of Paris, or old industrial sites such as Acciona in Madrid by Foster+Partners. Growth is also expected in the demand for co-working spaces, increasing by 20% annually starting in 2023, establishing direct membership contracts with companies. 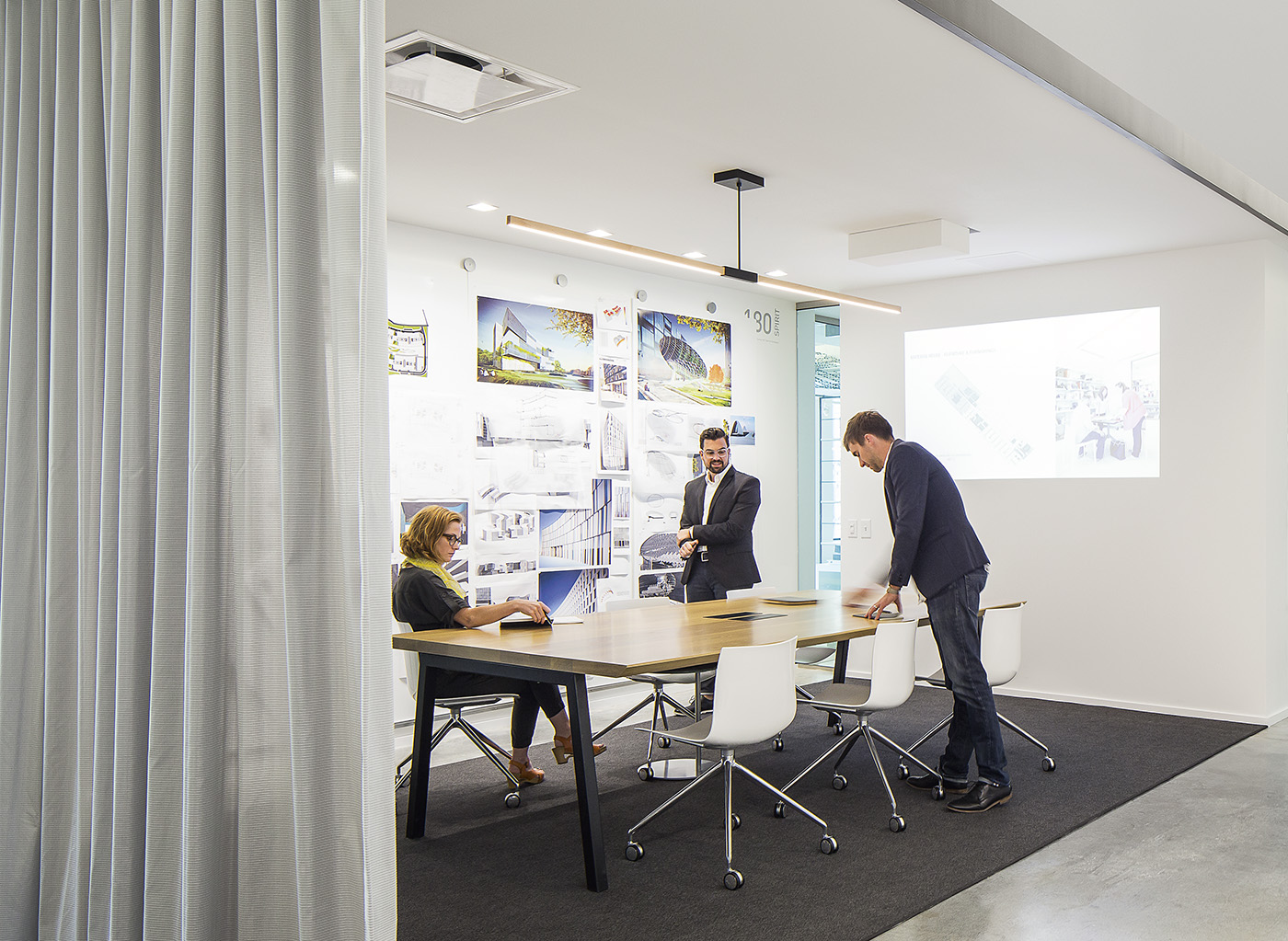 The Catifa seating in the NBBJ offices in Columbus, Ohio, © Sean Airhart | NBBJ

A new term appears: “workspitality,” namely workplaces inside hotels or spaces set aside for remote workers in retail and food settings. Hotel chains such as Marriott, Rove Hotels, Common, citizenM or Flown are offering “digital nomads” outfitted areas in which to work, while enjoying the amenities and services of a hotel.

The lifestyle becomes more adaptive. Collections of “resimercial” furnishings appear on the market, created for the contract sector but with a domestic mood conveyed by the choice of finishes and materials, by colors and a more crafted, less standardized image for products. We also see furniture types that reference outdoor settings inside workspaces – such as gazebos, tents or light structures to isolate certain zones. To use another new term: these are “cloffices,” a blend of a small room and a workstation, individual pods or refuges, but with visual openness towards their surroundings.

The hybrid workplace represents a complete new model, which requires different types of space, greater integration of new teamwork technologies and a completely different relationship between employees and management. These changes will have a major impact on corporate culture and policy, requiring new partnerships and closer synchronizing of internal organizations.

Adobe, already in the midst of a major transformation when the pandemic hit, is planning a new form of management entirely focused on human resources. To reorganize its workforce, the company has developed a system of integrated technologies, applied at the campus in San Jose, California, recently renovated by Gensler. Through qualitative employee surveys, Adobe has identified new “personas,” or types of workers: from the “office lover,” who feels a need to be in the office, to the “boundary seeker” who seeks a clear differentiation between work life and private life, or the “fluid adapter” who wants to be free to choose between the office and work at a distance, and the “connection seeker” who desires interaction with others. The “thriving homebody,” on the other hand, enjoys the solitude of work in the home. For each persona, the study has quantified the ideal amount of time to spend in the office each week. Finally, a workspace has been formulated to accommodate a “mixed” presence of people, scattered on a global level and above all enabled by a primarily digital mindset. 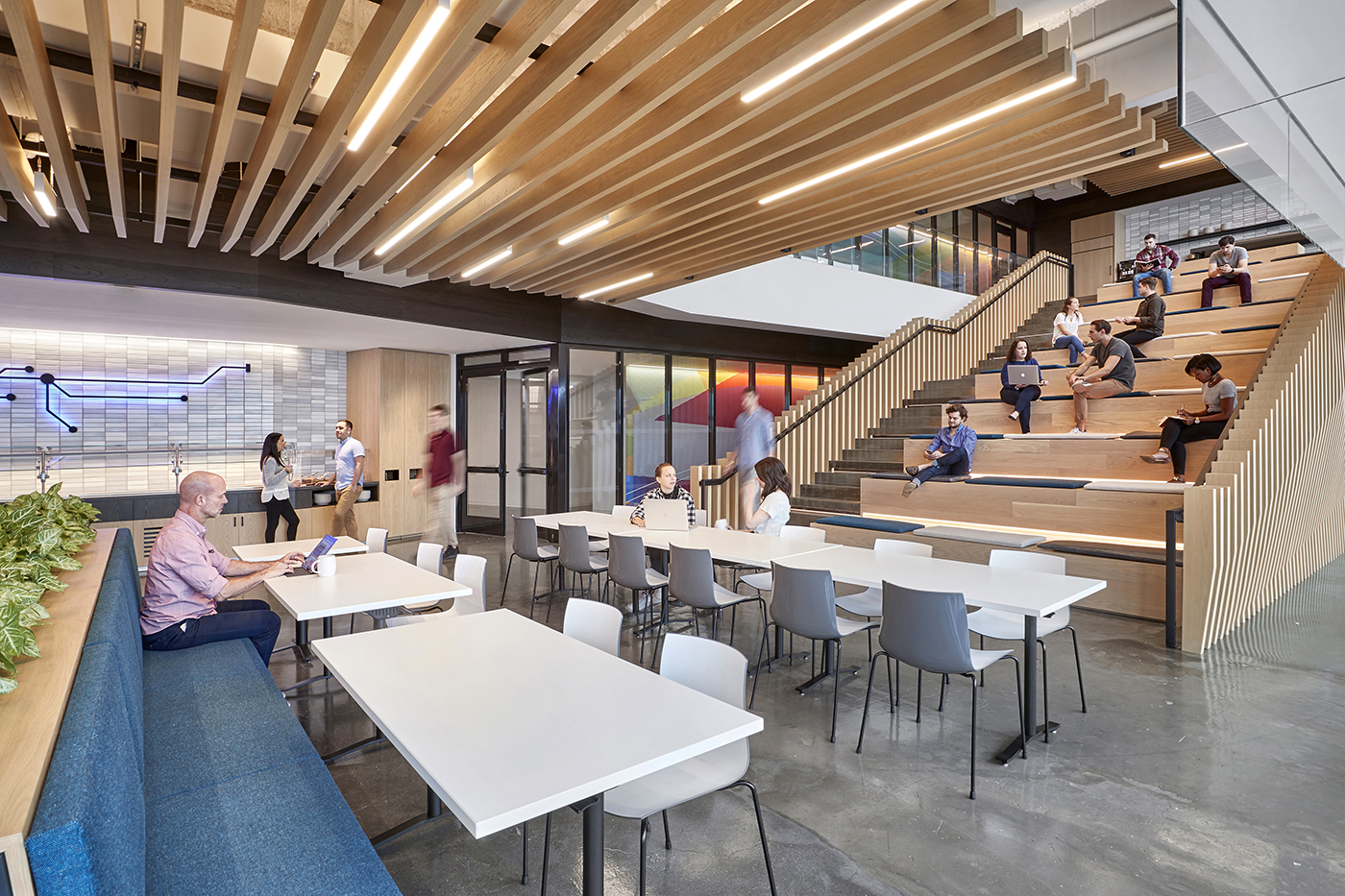 An app specifically designed for the campus permits tracing of the location and activities of working teams, synchronized connection of people working in the facility or from a distance (also in the office itself), coordination of workflows of people in the great variety of spaces offered by the three towers of the headquarters: spaces in the open air, zones of refreshment and socializing, more private, intimate locations, etc. The office also permits disconnecting from work for moments of mental and physical recharge. The most significant aspect of the design of the spaces is the passage from a “focus space” to a space for collaboration. There are many “agile” areas, alternatives to traditional meeting rooms or lobbies, easy to reconfigure with flexibility, to encourage interaction in various moments: pre- and post-meeting gatherings, teamwork extended beyond a single day, decompression and entertainment, all to foster “team building.”

In the design of workspaces we are seeing the rise of a new technological era, but also the central importance of the human factor. These two trends converge in the workplace, making it possible to approach the physical, ecological and social challenges now facing us. There is talk of the office as ecosystem, seen not as a sequence of spaces but as a structure that enables connectivity in the wider sense of the term. The studio HOK presents an ecosystem composed of home working, the “Spoke office” and the central Hub.

The Spoke is not a traditional office but a decentralized satellite inserted in the local dimension of urban services. It is a space with a “transitional” nature, rather than a “destination,” and in fact its compositional logic focuses on the ability of the individual to move with ease along a path of self-determination – welcome areas at the reception, digital panels that facilitate spatial orientation, vending machines, do-it-yourself kitchens, lockers and parking areas for light mobility, and outdoor spaces wherever possible. 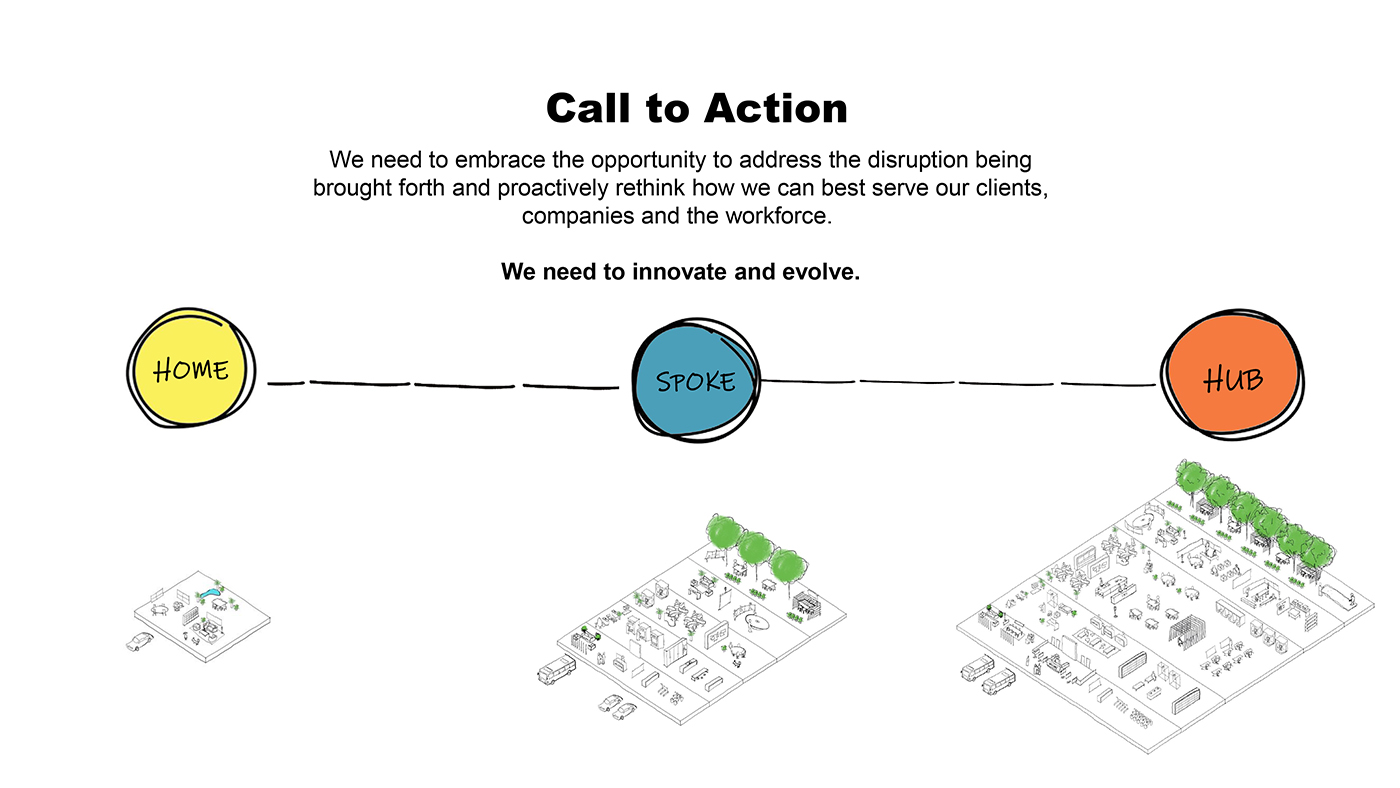 The Hub, on the other hand, is a destination at the heart of the company, an appealing place created for team bonding, and for more structured gatherings of the workforce. This space encourages meeting areas equipped with the latest technologies: innovation and project rooms, design labs. The refreshment zone also becomes an area conceived for encounters and training, but more organized and to some extent institutional in nature. The Hub also contains wellness areas, meditation rooms, fitness centers, service spaces such as dressing rooms and “mothers' rooms.” While the Spoke is organized for smaller work groups, perhaps not all from the same team, thus encouraging serendipity, the Hub functions to reconnect larger groups of people. The challenge will be to organize and balance the two places and their respective activities.

The design of the “next normal” office will not address only physical but also virtual spaces, through which the workforce distributed on a global level can interact in an efficient, creative way. The international firm IA Interior Architects projects us into an alternative dimension, which calls on the user experience of the world of gaming to generate more intuitive and participatory collaboration, especially in moments of work with people in other locations and/or in physical presence.

IA Interior Architects already utilizes virtual reality with its clients, to offer an experience of designed spaces. Its proposal covers the convergence of rooms in virtual reality, or alternative spaces into which all the users of the headsets are projected, in augmented reality, which instead corresponds to the duplication of the real setting on which digital information is overlaid, in a context of “mixed reality.” One tool that is already available is Microsoft Mesh, the new platform of interaction, with tools that include: avatar management during sessions, rendering of spaces, synchronization among multiple users and “holotransportation,” with which users can interact with other digital subjects. 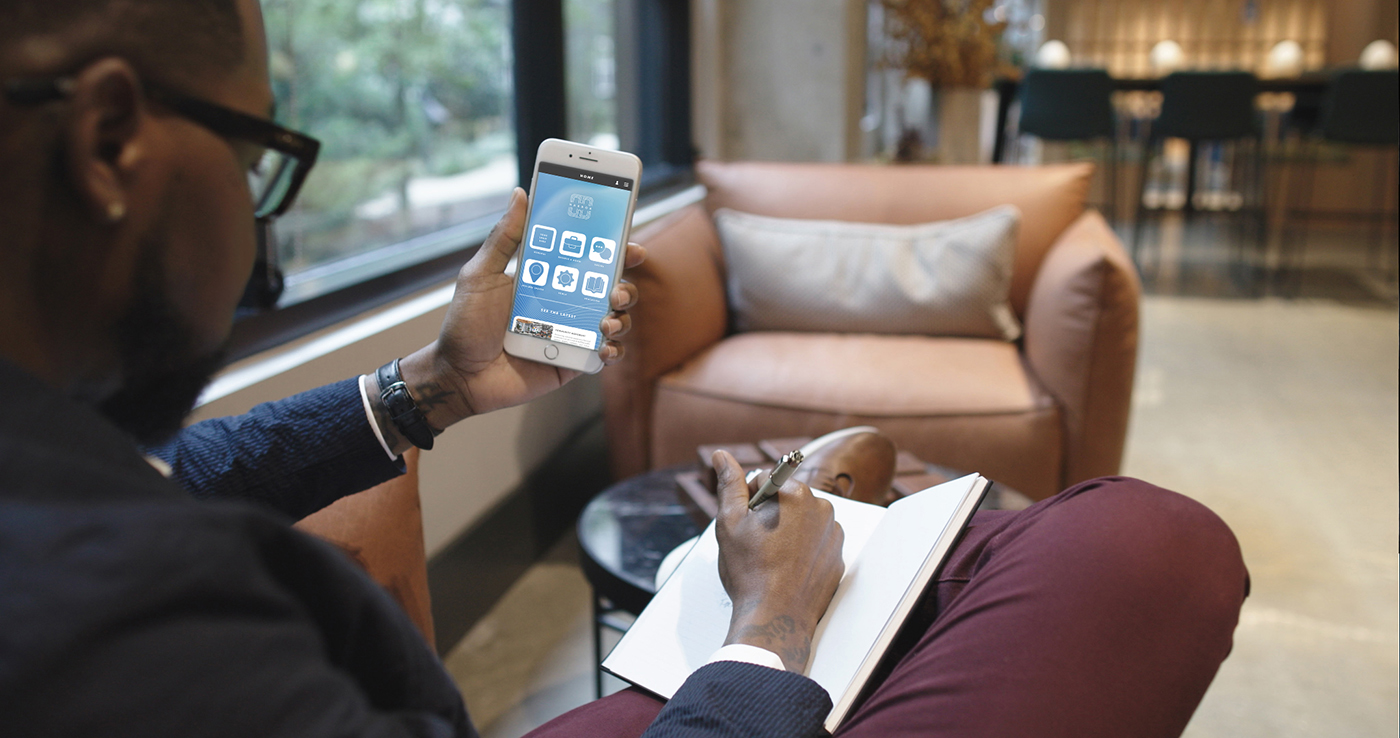 The Harbor at Work application for management of workspaces and workflows, both on site and from a distance. Courtesy of IA Interior Architects.

It is not science fiction. The design of virtual environments and modes of interaction between people, IA Interior Architects explain, is a form of “equity” between colleagues in different locations, who thus can be in the same space, with the same tools of communication. The technology is evolving very quickly, also thanks to the spread of 5G, which will enable these new forms of interaction. The investment on the part of companies will be considerable, but this will also be one of the factors that bring quality and value to work from the headquarters, with respect to other “scattered” methods. The true challenge, in fact, will be to permit interaction on equal terms under different conditions – for example, for those who work from home or from satellite offices, as opposed to those operating inside the main facility – in terms of both technological outfitting and support infrastructure.