The dimension of what we don’t know or are unaware of knowing, from the habitats of bacteria in our bodies to the mysteries of the cosmos, becomes the focus of the 23rd International Exhibition of Triennale Milano (“Unknown Unknowns. An Introduction to Mysteries”, on view until 11 December 2022): a voyage into the unfathomable and uncontrollable Unknown, through an archipelago of exhibitions that leaves ample room for interpretation on the part of various curators. At times the results are rather cryptic – as is only natural given the scope of the project – and called for 18 months of preparation, an orchestra of 400 designers from 40 countries, 23 international participants, 60 companies and cultural professionals. The Unknown thus becomes a factor of amazement in the face of the vastness that escapes us, a tool of discovery that relies on empathy, that exclusively human ability to identify with other living subjects and to perceive things from various angles. 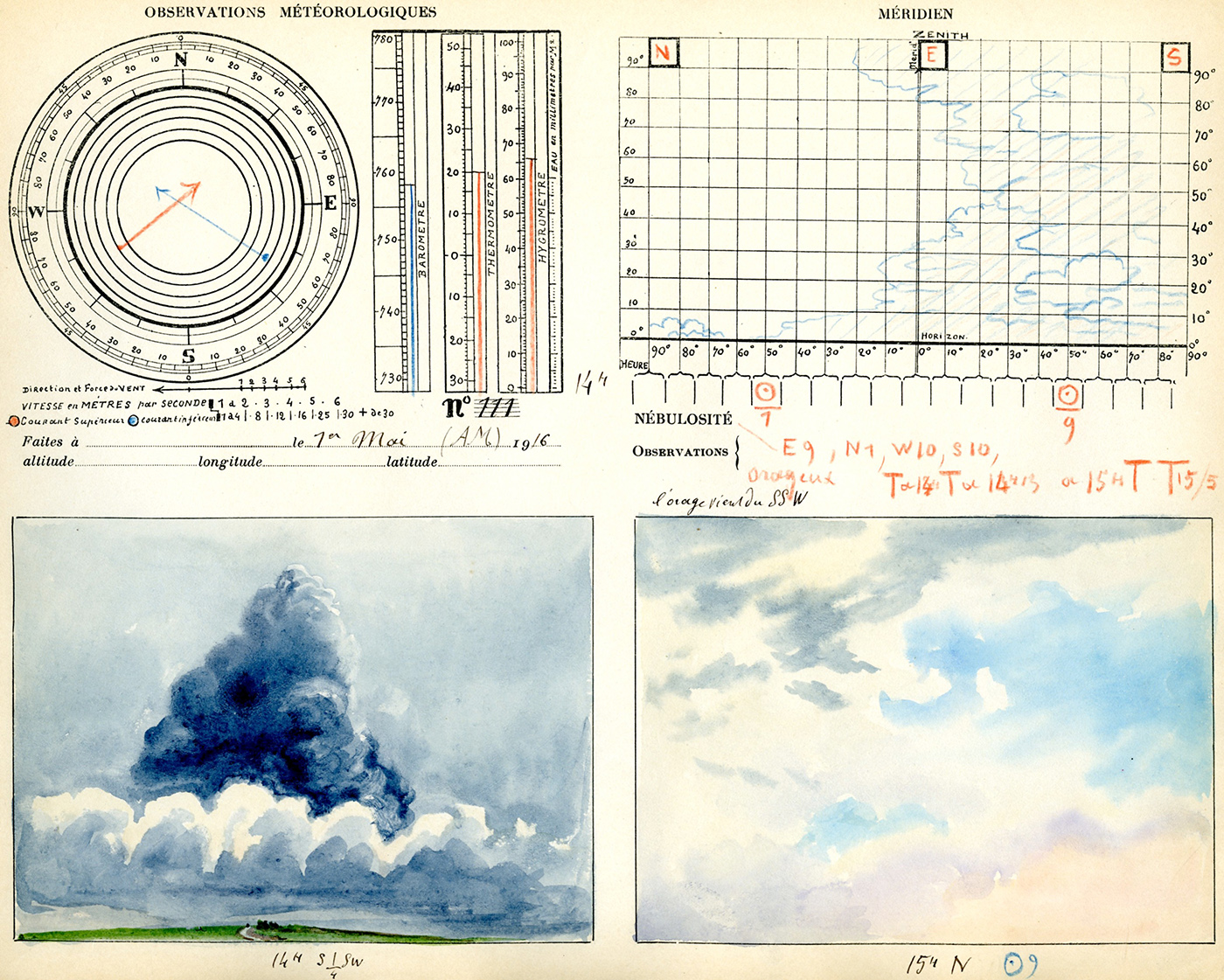 I Stefano Boeri: the “unknown unknown”

“Asking what we ‘don’t know that we don’t know’ might seem like a futile, even ridiculous exercise,” Stefano Boeri writes. “And yet if we only stop for a second to take our distance from the repetitive rhythms of everyday life and to reflect on what has happened in the first part of the millennium, we will realize that this question is not rhetorical. The emerging question – to which various disciplines, first of all anthropology, try to provide an answer – is if it is still possible to perceive ourselves as a species that is still hegemonic because it is able to establish a principle of distance and otherness with respect to the rest of life on the planet. Whether it is still possible to continue to exercise the assumption of a ‘dualism’ – between human and non-human, culture and nature, human technologies and natural phenomena, man-made and natural environment, which in the West has accompanied the development of human knowledge for many centuries. The Covid-19 pandemic brought us abruptly face to face with the fragility of our clumsy attempt to think of ourselves as ‘different’ from nature and from its manifestations (plants and animals), which we have tried so hard to keep outside our bodies. And, finally, how can we fail to understand that the flare-up of wars of aggression, of genocides for the conquest or rule of territories, is the crudest proof that we totally belong to the animal world and its cruel dynamics of competition for survival?” 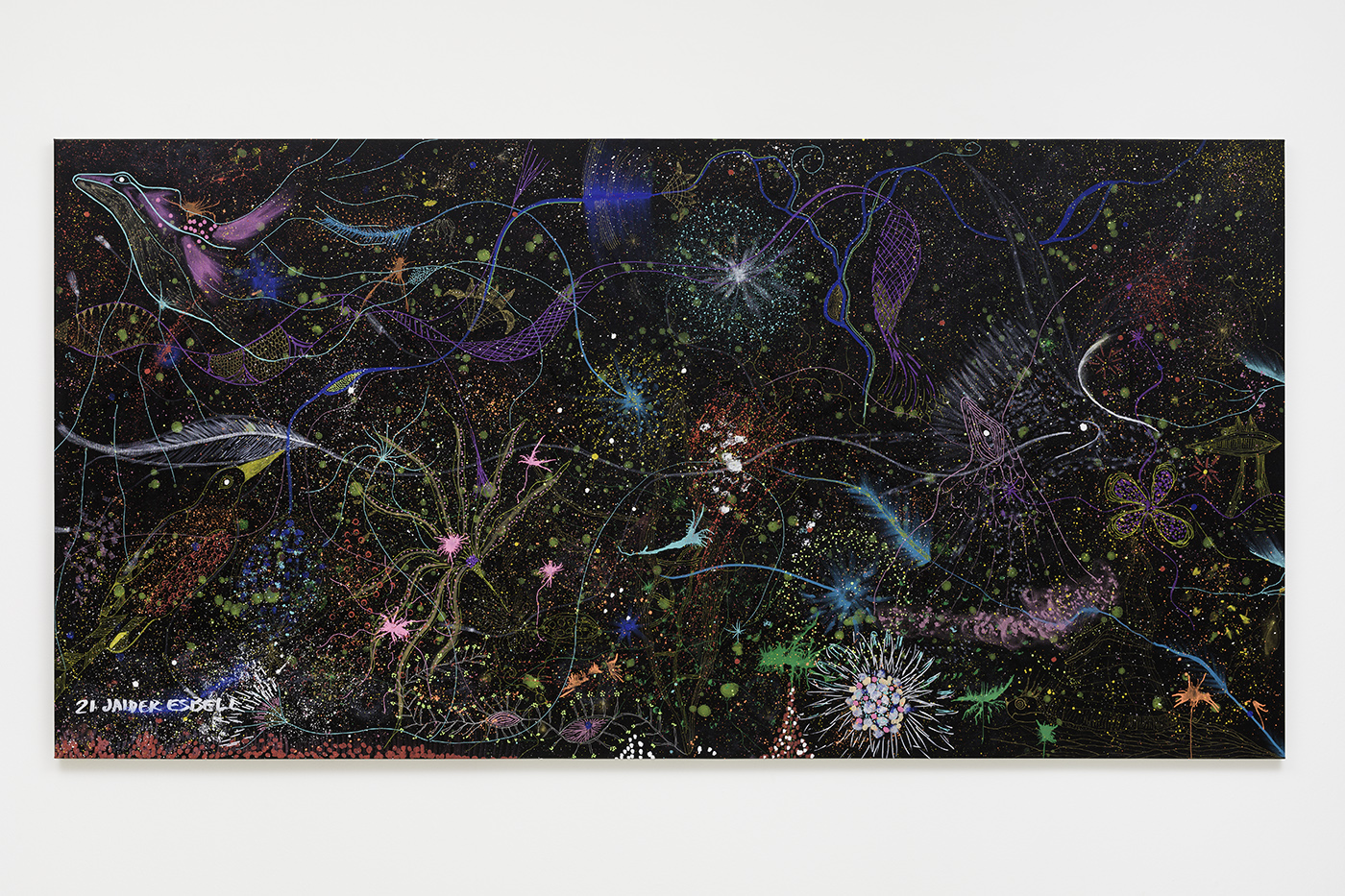 “For centuries,” Boeri continues, “we have measured the evolution of our species on the basis of a criterion of progressive extension, of gradual mapping of the areas of the world still unknown. This perspective now seems to have become fragile, uncertain and insufficient. And in the age of the end of dualisms, of the mixture between living beings, of the interpenetration of cultures, of the collapse of our ambition to recognize the final limits and horizons of the phenomena of the world we inhabit, we realize that we still do not have even a vague idea of the total and effective field that remains to be explored. The forests, la fauna of the oceans, the depths of galaxies, the neuronal connections, the changing dynamics of migratory fluxes no longer seem to be measurable. Their multidimensional nature means that these phenomena cannot be pinned down in quantitative terms, because they extend to our life, our aspirations, and the trajectories of our thought.”

II The introduction to mysteries of Ersilia Vaudo

The main exhibition “Unknown Unknowns” curated by the astrophysicist Ersilia Vaudo activates interdisciplinary contaminations through over 100 works, projects and installations by international artists, researchers and designers, who more or less explicitly come to terms with the theme of the unknown. Different perspectives – from the more emotional and intimate language of art to the objectivity of mathematics, which nevertheless has opened up elusive scenarios of awareness, such as the infinite universe of Einstein – to avoid representing mystery through the usual conceptual or disciplinary oppositions: light/darkness, full/empty, science/art. What is unknown, and thus the exhibition, begins for us earthlings from the physical force with which we are all unknowingly connected: gravity, which tirelessly shapes the world to which we belong. The largest section of the show is on inhabiting the unknown, amidst system of orientation such as mapping, the tools and habitats designed for life in space environments or unknown locations. Between reality and fiction. The path concludes by definitively casting off the anthropocentric dimension, opening up to the mystery of inaccessible worlds. A special installation coordinated by the European Space Agency (ESA) marks the end of the itinerary, offering a surprising view of the Earth, a gaze from a distance that underlines the fragility of our planet. 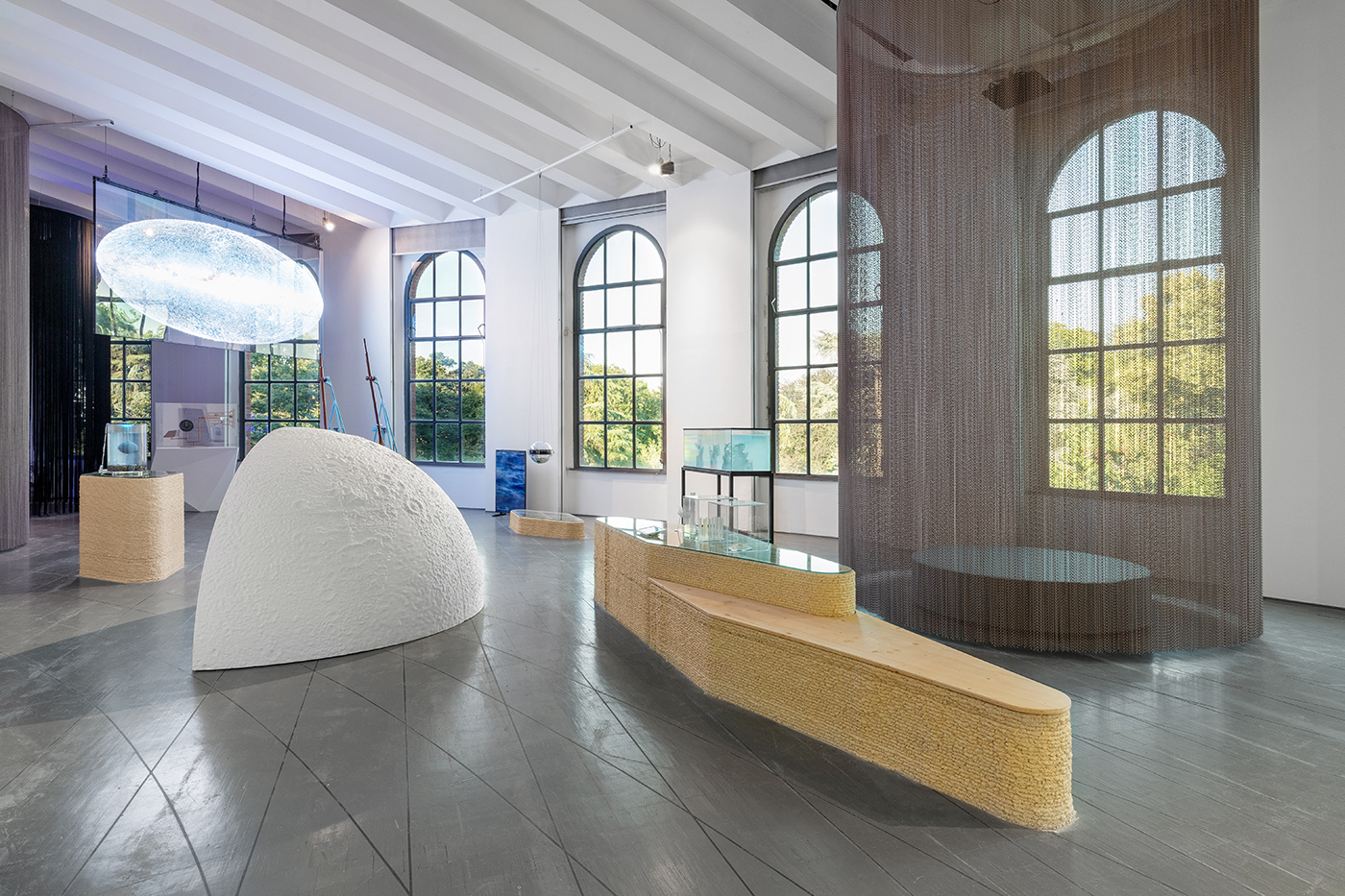 The setup by Space Caviar with podiums made by WASP in 3D printing with natural materials. Photo DSL Studio.

III The Tradition of the New. The exploratoryapproach of Italian Design

“Italian design,” writes Marco Sammicheli, curator of the theme exhibition “The Tradition of the New,” “has always had a courageous approach with a focus on exploration, coming to grips with what was not yet known, with what was not yet possible or permitted, through research. It has eaten away the terrain of the unknown through trials, failures, actions that by mistake, by intention, by chance or out of passion, have led to the acquisition of unprecedented knowledge. The tradition can be rediscovered as being closely linked to a principle of constant pursuit of the new.” The exhibition features some of the most significant research conducted in Italian design from 1964 to 1996, projects belonging to the permanent collection of the Italian Design Museum and the archives of the International Exhibitions of the Triennale. For example, the installation “Il Progetto Domestico” at the 13th International Exhibition (1986), revisited here, urges the imagining of existing or ideal ways of living through unusual and paradoxical objects, bordering on provocative gestures. Towards new habitat metaphors. The thematic path of the exhibition is organized through an archipelago of words: Gravity, Human Containers, Environments, Redaction, The Movements of the 1980s, Horizons, Synesthesia and Music. 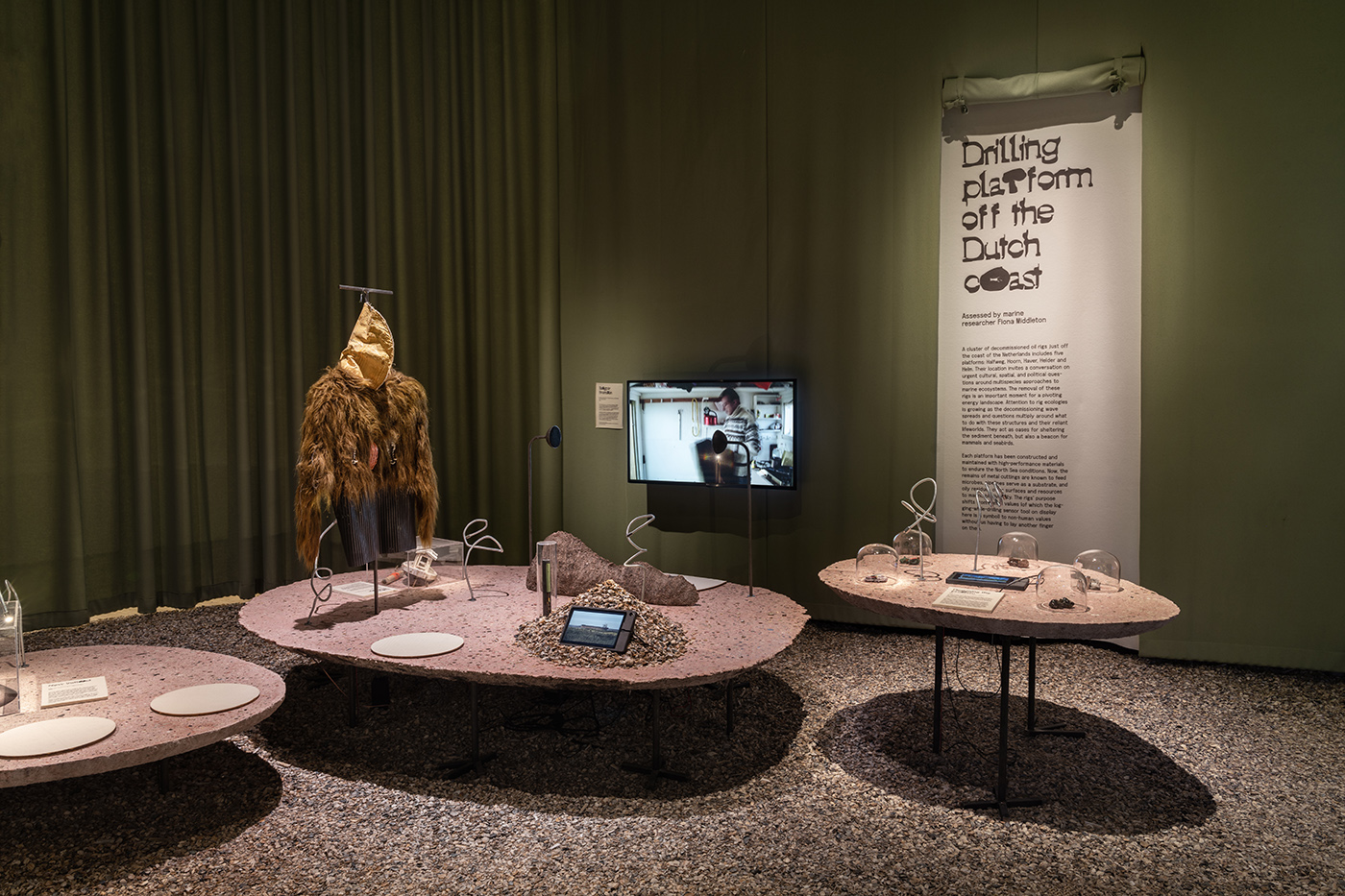 The exhibition “Have We Met? Humans and Non-Humans on Common Ground” at the Netherlands Pavilion. Photo: DSL Studio.

Selected on the basis of the apt interpretation of the theme of the Triennale and the quality of the proposed ideas, three of the participating countries – Netherlands, Mexico and Kenya – were assigned Bee Awards. “Have We Met? Humans and Non-Humans on Common Ground” is the title of the exhibition of the Netherlands, curated by Het Nieuwe Instituut, which stages the encounter between human beings and other living things, emphasizing the necessity of granting a voice to all the species of the planet, improving mutual interactions. To this end, for example, visitors walk on a pathway covered with seashells. 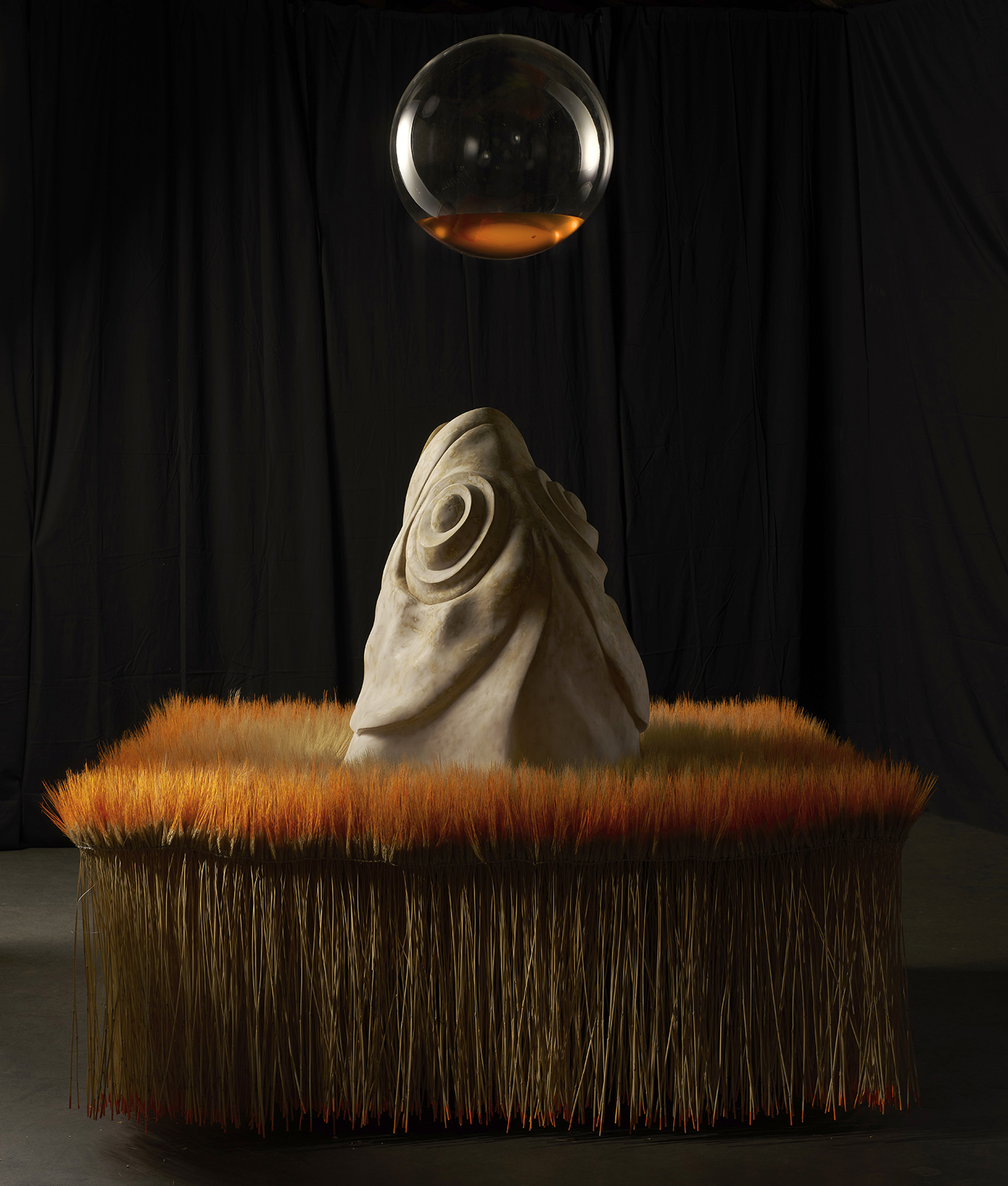 Agricultural pollution from phytopharmaceuticals, Kenya Pavilion, from the exhibition “Ujumbe.”

Second prize went to the Mexico Pavilion for the installation “Saggio di Flora Onirica” by Daniel Godínez Nivón: a project and participatory workshop that applies the force of storytelling to bring the dreams and expectations of a community of native Americans into the foreground, showing how the unconscious can become a tool of collective expression and a mode of artistic creation.

Third prize was assigned to the Kenya Pavilion entitled “Ujumbe” by Louise Manzon – the Triennale features many participating African nations (6) at the 23rd Exhibition, also thanks to the role of mediation of the co-curator, Pritzker Prize winner Francis Kéré. The mystery of water and the consequences of our actions on the planet are metaphorically expressed in sculptures that evoke agricultural and industrial systems, asking urgent questions about pollution. 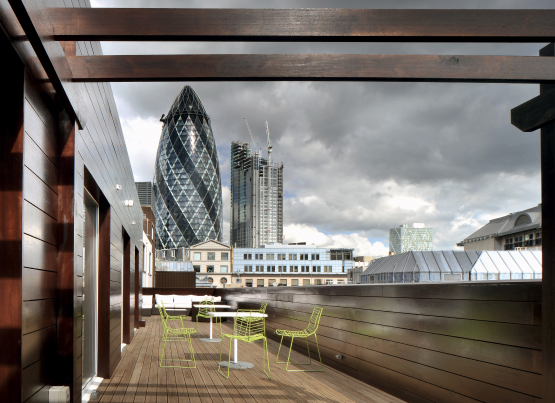 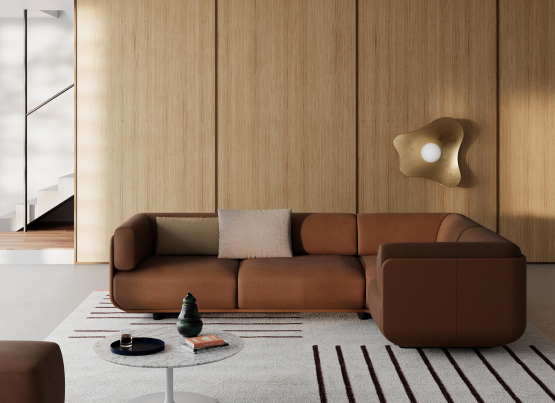