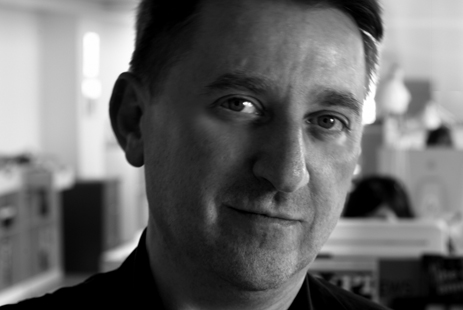 Born in London, James Irvine graduated from the Royal College of Art London in 1984. That same year he moved to Milan, Italy to begin his practice as a design consultant for Olivetti. In 1987, he worked at the Toshiba Design Centre in Tokyo. At this time, he began his own design practice in Milan. From 1993 to 1999, he was a partner of Sottsass Associati Milan responsible for industrial design. His studio in Milan has worked with numerous internationally renowned companies. Distinguished visually by a geometric formalism, Irvine describes his practice as ultimately guided by a concern for the end user, an independent spirit and attention to the quality of life. In 2004, Irvine was elected RDI (Royal Designer for Industry) by the Royal Society of Arts in London. After James’ sudden death in 2013, the thirty-year history of his office evolved into a new phase, in which the three key words are precision, irony and generosity. Precision in design, irony in communication, generosity in art directorships. Studio Irvine, now as in the past, is always ready to take up new challenges.